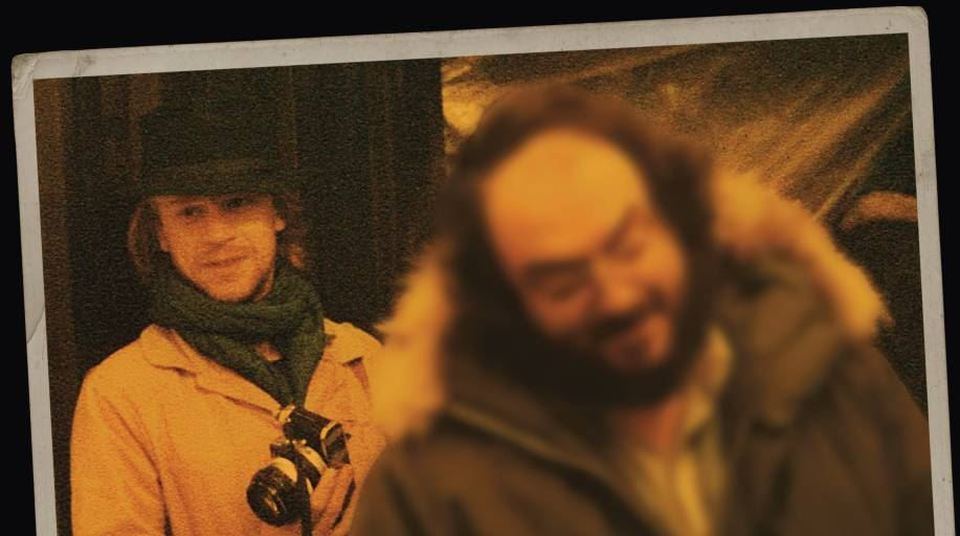 When I write the words Stanley Kubrick what do you think? Genius? Master? Essential? Director of some of the greatest films ever made?
And what about when I say Leon Vitali? Who?

And so arrives Filmworker, the new documentary by Tony Zierra. Leon Vitali was a burgeoning young actor, a staple on British TV, with a growing film career culminating in a small role in Kubrick’s period piece Barry Lyndon. The role that changed everything. Kubrick saw his acting talent and expanded the role to a crucial supporting one. You might think that Vitali continued his career, growing in stature and springboarding off such praise from the master. But no, Vitali summarily stopped acting and spent the next 40 years of his life working tirelessly, endlessly, for Kubrick, in whatever capacity he could.

Vitali is a self-described Filmworker. Over his time working for Kubrick he was, often simultaneously, a runner, producer, dialect coach, acting coach, casting director, foley artist, script supervisor, personal assistant, cleaner, editor, colour timer, film historian, film curator, film preserver, subtitle-approver, international marketing advisor, and since the maestro’s death, has worked (to the detriment of his own health) to transfer Kubrick’s work to various different formats (DVD, Blu-Ray, 4K, 70mm). A long list - not even an exhaustive one - and one created by the unending demands of the man Vitali chose to work under.

The documentary, featuring interviews with Matthew Modine, Stellan Skarsgard, the late R. Lee Ermey, and Danny Lloyd (of The Shining), shines a light on an unsung hero of some of cinema’s greatest works. In fact, it almost serves as a love letter to all those working behind the camera, in roles that often go unnoticed, yet which are all essential to producing a film.

Vitali, now looking like an ageing rocker, but with a trace of his younger self’s good looks, eagerly participates, breaking out old diaries and production material that all begins to impress upon the viewer the sheer effort and preparation that goes into making a film...especially a Kubrick film.

There’s something about Vitali’s dedication, commitment, and loyalty that are touchingly sincere. I found myself moved, particularly when Vitali professes not to care that he was not invited to help, or attend, many Kubrick museums and exhibitions. The chronicling of his troubles with studio executives when overseeing transfers of Kubrick’s filmography illustrate a man who, even after the death of his beloved director (master? Overseer? King?), is still working for him. Despite all this, Vitali never does seem bitter, or resentful. Every up and down, every chastisement (of which he describes many), and every compliment is all mixed up into what made the entire experience what it was for him - an honour.

Others have their misgivings, of course. Matthew Modine initially describes him as an Igor, while other crew members are quick to point out they often would not choose to work on another Kubrick film given the extreme workload that was required of them. But Vitali seems to thrive in such circumstances.

Paulina and I’s first words to each other coming out of the film was that we felt melancholic. While the film celebrates Vitali, and while he seems to have enjoyed his life, one can’t help but feel a complicated type of sadness for him. For his children. For his wife, who remains out of the picture entirely. For every wonderful achievement in film, there is an undercurrent that there was a missed opportunity with his kids. For everything good they say about him, they are honest about the sheer amount of time he had to give up with them. I correct myself: that he chose to give up with them. It speaks to the luminous, mysterious quality of Kubrick and his work, and the awe that Vitali felt for him.

The cost of art has always been something of an interest of mine. Personal, financial, social, physical: it affects everything, movies do so for several times more people than any other form. At what point does Kubrick stop being a genius, and become cruel? At what point does Vitali’s treatment stop being choice and become abuse? At what point is it for us to decide? Horror stories abound around Hollywood concerning directors and the demands they place during films. Does the end result matter when we talk about things like this? Kubrick’s work is masterful, it’s damn near perfect in every sense. It is true cinema. Does that offset the toll it takes on people? On Vitali? What if it had been a bad film? Is cruel treatment and workaholism worse if the film turns out shit? They are important questions, I felt them raised during the film. Vitali talked for a while about his father’s abuse, and how he used that experience to handle Kubrick’s especially angry periods. It was a strange comparison, which is what strikes a chord I think.

Chief amongst my realisations of this eccentric workaholic, and one I haven’t seen mentioned elsewhere, is that not once during the film does Vitali refer to Kubrick as his friend.

That seems sad for the both of them.