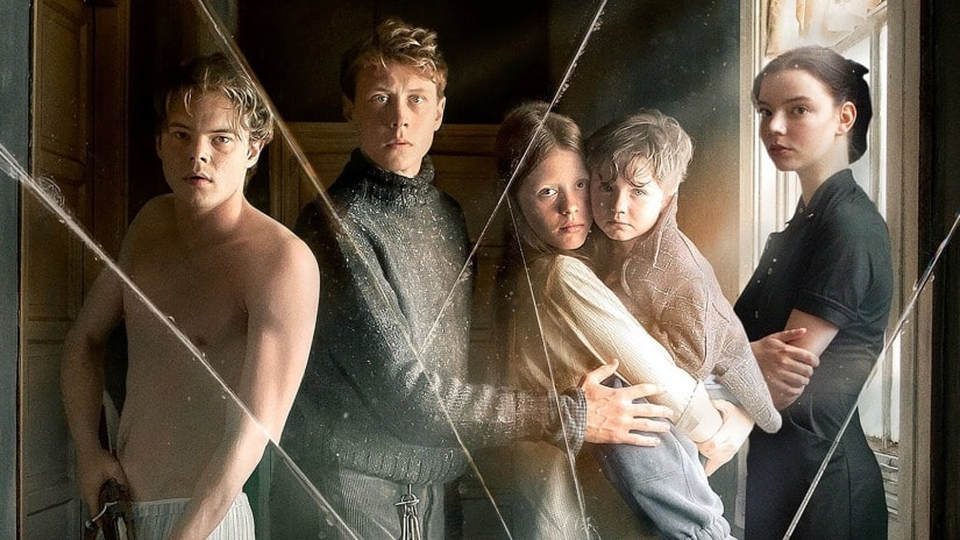 The first feature film directed by Sergio G. Sanchez, Marrowbone or The Secret of Marrowbone (2018) seems to have everything that would make a solid horror: an interesting idea, talented cast, acclaimed writer. Filmed in Spain but set in 1969 America, the wannabe ghost story is, however, only a shallow imitation of the excellent Orphanage (2007), written by Sanchez. The latter is a frightening psychological game with the viewer which subtly refers to a nation coming to terms with still vivid memories of Civil War. In contrast, Marrowbone not only lacks the intellectual and emotional depth of The Orphanage but, if we look though its prism of ridiculous dialogue, questions the writer-director ability to write in English.

The first problem with Sanchez’s debut is its generic indecisiveness.
Surely, post-modern experiments with genre like mother! (2017) or Twin Peaks (2017-) are often horrifying, intelligent and revealing metaphors of the socio-political issues of society or, as with Hereditary (2018) and The Babadook (2014) a compelling studium of grief and the human psyche. Although, with a reasonable budget of €8,000,000 Sanchez had enough resources for fruitful experimentations, Marrowbone is a slouchy blend of misguided plots, characters and tones topped with lazy editing.

The narrative is centred around the Marrowbone family who escape from a dramatic past into a big deserted mansion situated in a scenic rural New England town. As they try to come to terms with the trauma and suffering they endured at the hands of their patriarch, the family’s recovery is disrupted by the death of their mother. From now on, Jack Marrowbone (George MacKay) will have to take care of his 3 younger siblings: Billy (Stranger Things’ Charlie Heaton), Jane (Mia Goth), and Sam (Matthew Stagg). As the man needs to turn 21 in order to become legal guardian of the children, the family leads an isolated life in this eerie house in a god-forsaken village. Their already complicated situation gets even more perplexing when Jack falls in love with their closest neighbour: librarian Allie (Anya Taylor-Joy, of The Witch and Split) and demons from the past come back to haunt them.

Despite it’s unoriginality, the concept had the capacity to become an alluring set up to explore many fascinating subjects: the notion of family sins being borne into the psyche of the children, the process of grief, or the idea of otherness. Unfortunately, after intriguingly establishing the story, the promising narrative is disrupted by needless subplots that confuse the form and tone of the film. I understand Sanchez’s intention: combining fairy-tale and horror elements works so well in Pan’s Labyrinth (2006) and Orphanage but in The Secret of Marrowbone’s case, in combination with elements of romantic period drama too, it is simply too much.

On the bright side the film’s casting is admirable with the brilliant George MacKay, Anya Taylor-Joy, and the ghostly Mia Goth delivering impressive performances. Moreover, the naturalistic cinematography, sound design and sound effects recall the atmosphere of the best Spanish horrors. The film also introduces debate about touchy subjects such as child abuse and mental illness.

The problem with Marrowbone is that we don’t care enough about the characters and story to engage in this discussion. Consequently, it is another film of wasted potential. And time. And money.