FILMOSOPHY
If you thought you’d had enough of superhero movies just wait! Actually no, you’re probably right. Everywhere you look, Marvel and DC dominate the box office and the movie news headlines. It is a golden age of superheroes, in the same way there were golden ages for Westerns, for war films, for Uwe Boll (it lasted 12 seconds, and no one was there to see it).

This has its pros and cons of course, which we’ll get into in depth soon. But for now, if you can’t bear watching another of Marvel/DC's productions then fear not, we’ve made a list of the best superhero movies out-with their monopoly on the genre. It isn't comprehensive, you might not agree with it but dammit if we're not going to try and please you all the same.

So, without further ado here are 7 great non-Marvel/DC superhero films!
​

'C’mon,' you’re saying, 'Donnie Darko isn’t a superhero movie!' Well, you’re wrong. Sorry to be blunt, but the truth hurts sometimes. Donnie is definitely a superhero. From the awakening of his powers when he sleepwalks to meet a giant bunny rabbit, to his knowledge of otherworldly supernatural events, to his deus ex machina awareness a la Deadpool, to saving the whole flipping universe he’s a superhero through and through. Hell, Jena Malone’s Gretchen even tells him in the film that it sounds like a superhero name, and just look at that snazzy costume in the picture! Even if you don’t like superhero films (in which case, kudos for reading this), Donnie Darko has its charms and is THE cult classic of the early 2000s.

I once dressed up as Frank the Bunny for Halloween.
Never again.
The sweat.
​Dear God the sweat.
​ 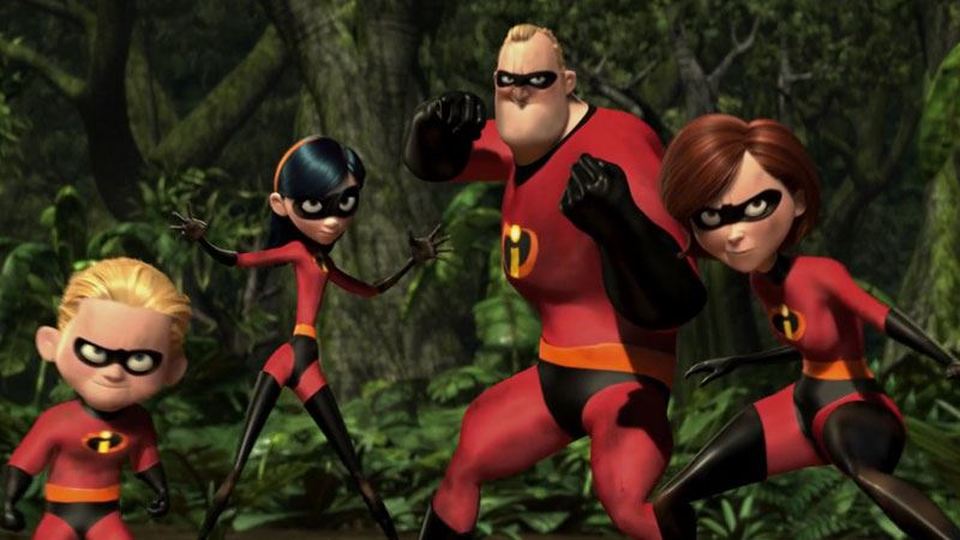 Come on, you know it’s great. It’s absolutely hilarious too, and it’s sequel only makes things even better. The powers are fantastic, the cast is world class and the bad guy is suitably dislikable, plus it’s for all the family so what more do you need?
​If that wasn't enough, never in my young years did I laugh as hard as when I watched the short film Jack-Jack Attack!
​It. Is. Worth it.
​

Starring Rainn Wilson of The Office (US), Super is a jet-black superhero comedy film made on a small budget by Guardians Of The Galaxy director and currently unemployed Twitter-avoider James Gunn. Featuring his now renowned sense of humour, Super is a riff on superhero films that proves to be something completely original and brilliant. It doesn’t pull its punches either, the drama is right there and challenges you not to be shocked by the twists and turns.
Beware Crime!
​ 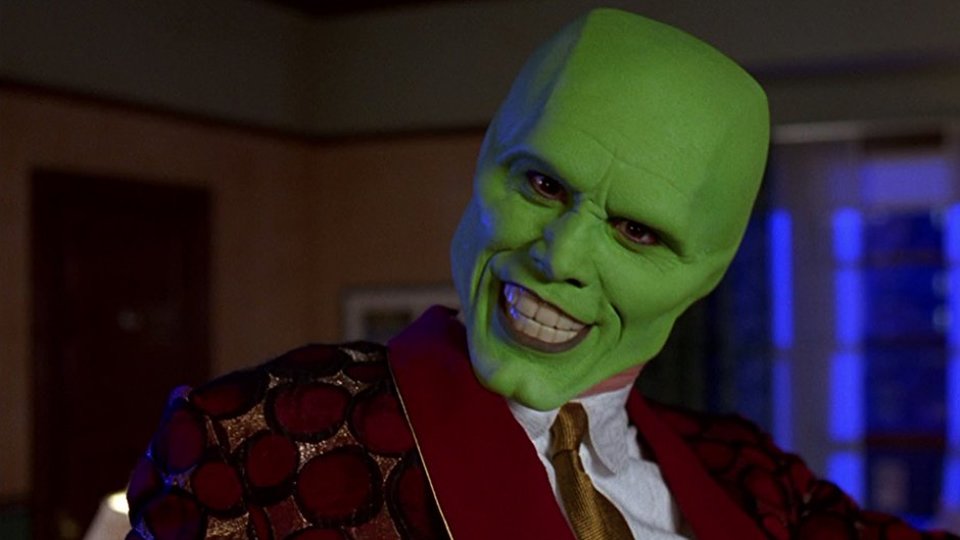 One of Jim Carrey’s best performances, and one that brought him worldwide fame, The Mask is about shy Stanley Ipkiss who finds a mask that turns him into the motormouthed, foul-mouthed, super-powered green-faced Mask. It’s a classic Carrey appearance, and a film that features a very different kind of superhero who is honestly pretty unredeemable. The film has it’s issues, but Carrey’s natural charm helps it along.
​
He's gone a bit weird(er) since then, but he's still underrated as a physical actor. Check him out in The Bad Batch! 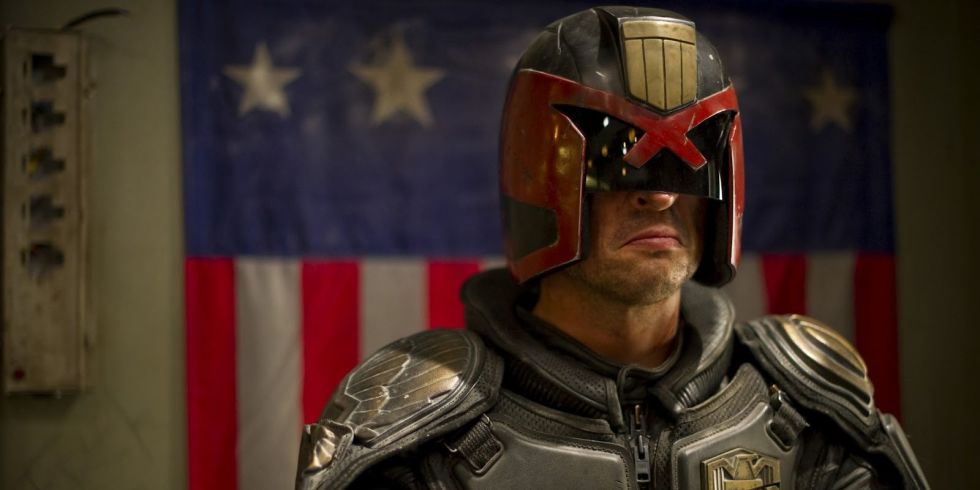 Alex Garland’s adaptation of the eponymous masked law enforcer bad-assing his way through a dystopic metropolis is a deceptively smart and nuanced film despite all it’s guns, swearing and grimy faceless bad guys, and Karl Urban’s Dredd becomes an almost mythic character and it’s a real shame there hasn’t been a follow-up from this. Garland himself has penned some of the best British films of the 2000s, and was responsible for some of this decades best, directing Ex Machina and Annihilation. 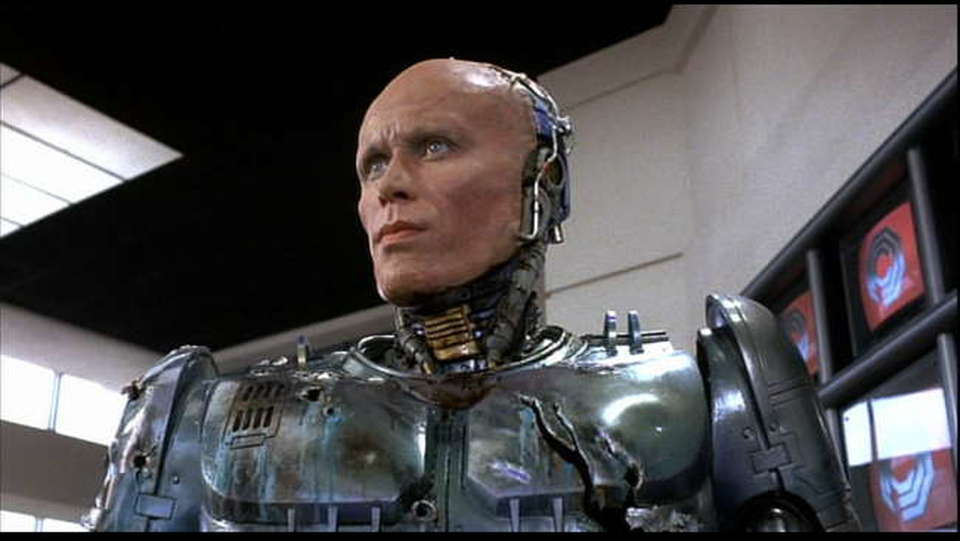 And no, not that awful remake.
​Is Robocop a superhero? For the purposes of this article, yes he is, fight me. Robocop is the violently entertaining action-comedy from Paul Verhoeven, and despite often being overlooked as a product of the OTT 80s and the entertainment of excess era, it’s social and cultural commentary was, and still is, influential. Not a single moment of Robocop is wasted time, everything is tightly wound and there isn’t a throwaway line in it. Mind you, it’s not like Robocop has much to say, he tends to let his gun do the talking. Robocop is one for the ages, but my personal favourite Verhoeven film is still Starship Troopers (and always will be).

Perhaps the ultimate superhero movie, featuring the ultimate dead-calm supervillain, M. Night Shyamalan’s Unbreakable is a ponderous, slow burner featuring no explosions, shouting or motion-sickness-inducing action. Bruce Willis plays David Dunn, a man who is literally unbreakable, who’s superpower isn’t invulnerability, but simply an inability to be hurt. Sam Jackson’s Mr Glass is the opposite, and together with maybe 2 other central cast members, the film creates a wonderful tension between the two opposing men. Since it’s release there has been a spin-off and a direct sequel coming very soon.
​ 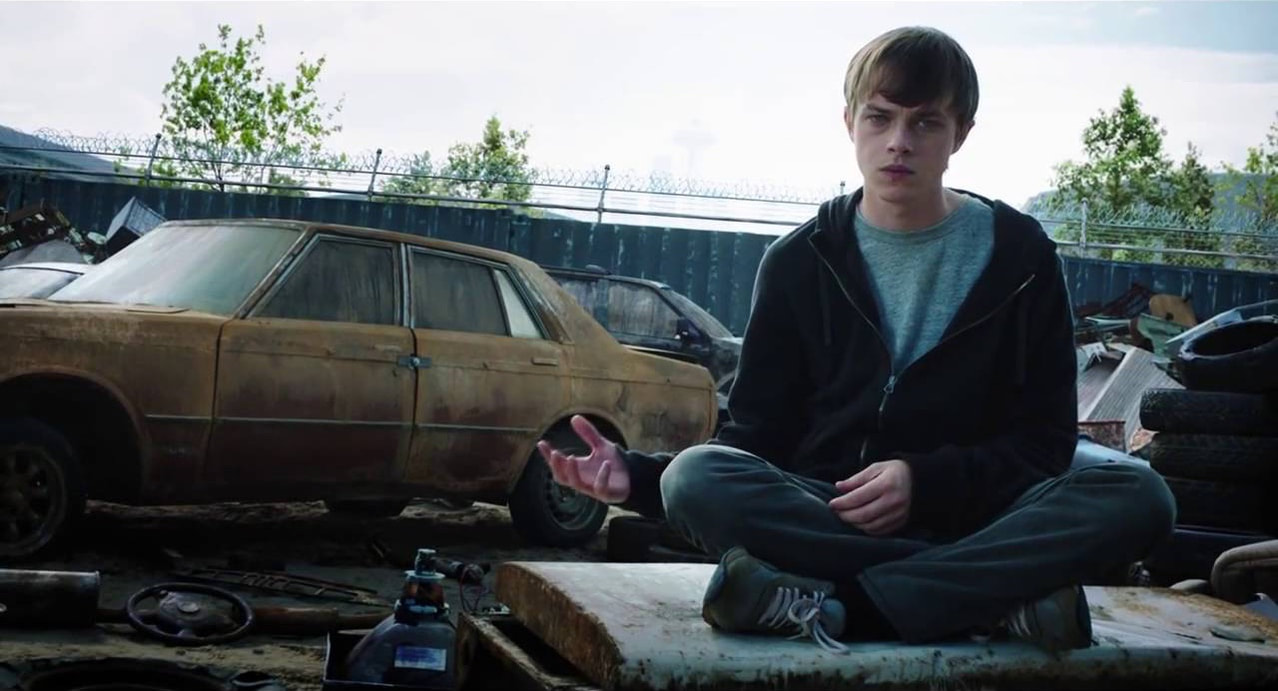 Persistant grump Dane DeHann, his cousin Alex Russell and pal Michael B. Jordan gain telekinetic powers and form a bond. The film has a deceptively normal premise, and what followed could quite easily have been mediocre, instead we got an introspective drama piece, featuring just enough superpowered hi-jinks to remain entertaining. Character really is drama, and although DeHaan’s character is a dime-a-dozen, it suits his acting style and the film became one of my favourite superhero flicks after I stumbled upon it. The group's reaction to, and enjoyment of their new powers is infectious, and the third act is worth the wait