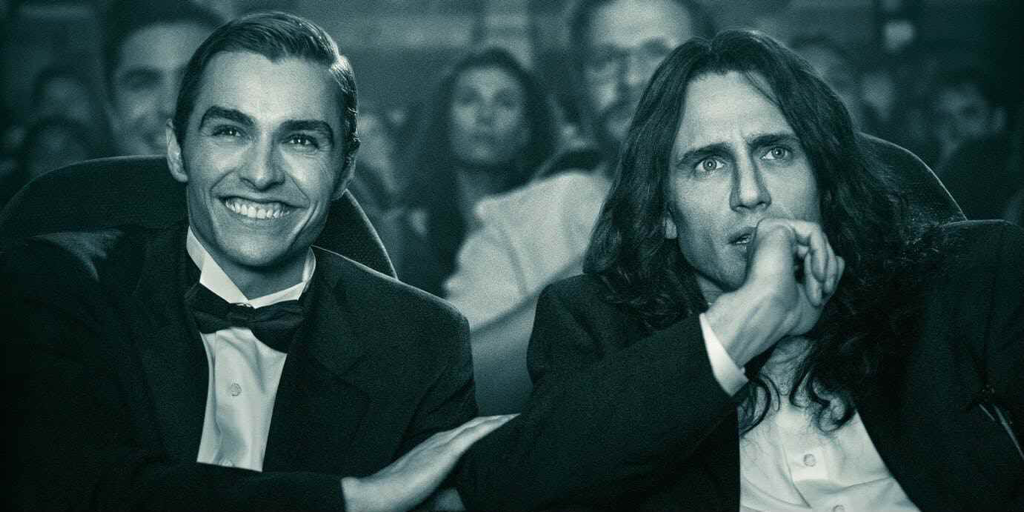 ​As with any article ever written that references Tommy Wiseau’s 2003 film The Room, we should quote that immortal line “You’re tearing me apart, Lisa!” Now we’ve got that out of the way, let’s talk about James Franco’s The Disaster Artist, based on The Room star Greg Sestero’s book, about the production of The Room, and also on the behind-the-scenes footage that was shot during actual production, which was again filmed for The Disaster Artist along with an entire remake of The Room. Follow me? Good.


The Disaster Artist is one of those rare films that grabs you by your shoulders and pulls you headfirst into it, never letting up. From our initial introduction to Tommy, to the grand climax it’s a ride that never stops giving. The camera roves endlessly, almost searching for something to grip onto, in regards to its enigmatic, mysterious subject. Particularly during scenes involving the production of the film. The camera struggles to keep up with Tommy’s rambling ‘style’ of direction, his lack of explanations and insistence on hurrying production always keeping the crew, and us the audience, on our toes.


The film is hilarious too, without poking fun at Wiseau or the other actors, their sincerity for their art is infectious, and joyous. Franco’s performance is at its finest when Tommy isn’t acting, or in front of other crew or actors. The intimate moments between Greg and himself have this genuine feel to them. It would have been so easy for Franco to have ham-fisted a performance of such a remarkable character. There’s much more to performance than imitation after all, and props can be given to Franco for leaving us feeling like we know Tommy, despite actually knowing nothing about him.


But what makes The Disaster Artist so endearing and fun is it’s love of movies. Tommy embodies the wishful dreams of thousands of filmmakers and the film carries this so well. The frenetic production of The Room is excellently paced and captures the excitement and despair that went hand-in-hand with its production. It is joyous, celebratory filmmaking, made poignant by the bookend scenes of actors discussing why they love The Room and the shot-for-shot remake compared to the original at the end. It equates the two as films, as works of art. The Disaster Artist is as much a love letter to making movies as it is to Tommy Wiseau. And that’s fantastic. For what better way to show the joy of cinema? Hitchcock was a master, yes. Kubrick it’s devoted scholar, Lynch it’s mad scientist, Spielberg it’s distiller. But Wiseau? Wiseau is its dreamer.