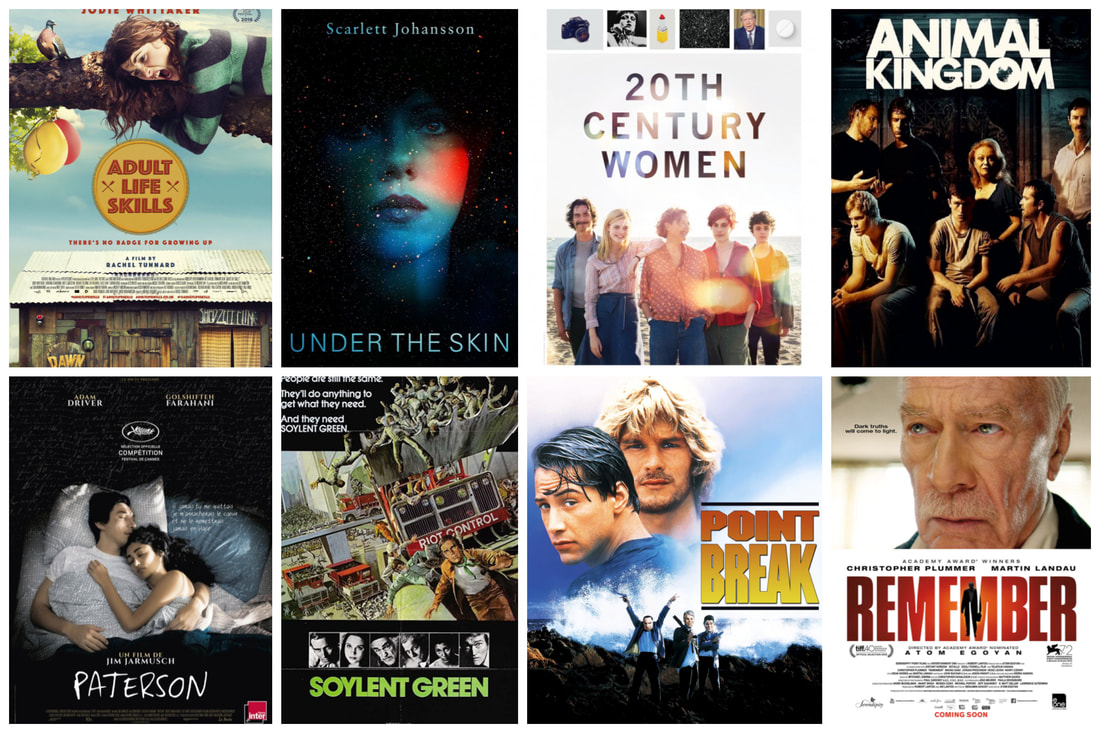 Diving off from yesterday’s article, we’re heading to the world of Amazon Prime, a streaming service with a greater range of films and TV than Netflix, from a wider period too, although it has less original productions. In honour of staying in with too much junk food and a big duvet to bury yourself in, here’s 8 films on Amazon Prime right now that you might not have seen or heard of, but which are masterpieces nonetheless.

David Michôd is one of Australia’s great contemporary directors: most recently directing War Machine, a Netflix-released film. His filmic origins were in shorts and well-received documentaries until Animal Kingdom was released to general acclaim. It is a crime drama, focused on one family and seen through the eyes of 17-year old J, adopted into the crime family after his mother died. Michôd’s screenplay was years in the making, and to his credit, the end result feels cohesive and uniform, helped without a doubt by the finest collection of acting talent Australia has to offer. If you’re in the mood for a thrilling, tense watch then look no further. With everyone so on edge, outbursts of emotion are common in crime drama’s like this, but in Animal Kingdom they are terrifying, Ben Mendelsohn and Jacki Weaver’s performances should be singled out in regards to this. A dark, depressing tale of revenge and the cycles with which crime family’s like this work.
​

Starring Jodie Whittaker of Broadchurch, Dr. Who and a host of other great British productions, Adult Life Skills is the story of 29-year old Anna, living in her mothers shed in the garden, making quirky videos starring her two thumbs and coming to terms with turning 30 without her twin brother who has passed away. It’s an endearingly charming film, full of the awkwardness and unexpected weirdness of normal life. With a central character so desperate not to engage with the real world it would be easy to dislike Anna, but to Whitaker’s credit this is never the case. Director Rachel Tannard makes her directing debut with the film, and to her credit manages the extended length well, this being derived from her 2014 short Emotional Fusebox. Adult Alice Skills is a funny, moving film that’s worth seeking out.
​

For me, Soylent Green the quintessential dystopian sci-fi film. The oceans have risen, the world is overpopulated and there is not enough space, food or resources to go around. The rich-poor divide is huge and euthanasia is a prolific business. And Charlton Heston can save the day! Except, of course, he can’t. Like in all great dystopian visions, this is unfixable, and serves as a warning about where we could end up. Heston’s performance is unique among his credits in that he appears vulnerable in this, foregoing his usual stoic temperament and granite-like exterior. His charisma does carry the film, naturally, but not solely. Chief among the film’s wonderful aspects is its haunting cinematography, showing us the intimate claustrophobia of tiny homes and tiny rooms, and the wider context of being surrounded by skyscrapers. This is made all the more claustrophobic when we see the deep, wide spaces of the homes and apartments of the rich, where space is the greatest luxury. It’s telling that when a member of the public elects euthanasia instead of living in such squalor, they are given a roomy, open space to die in. That scene of euthanasia in the film is beautiful and tragic and easily the film’s strongest, most memorable scene, as well at that final, terrifying line of the film’s script. Be scared.
​

It is rare to find a film that gives you an intimate, heartfelt story that at once feels deeply personal and yet momentous and huge and universal in some way. Mike Mills' self-penned film felt like this. Perhaps it was the strength of the performances from Bening, Gerwig and Fanning. Or maybe it was the locations and cinematography, that felt so real and natural. Maybe still, it was the context in which our characters are placed, when we’re shown archival montages of the time we are in. Maybe it’s those glimpses we get into their futures after the film ends: when they will marry, where they will work, when they will die. Perhaps though, it’s how real the characters feel, how representative-yet-original they are. Each says something coherent and strong about the women of the late 70s, and yet each one is entirely their own characters, with faults and virtues and vices and agency. It is a sometimes sad, often funny, always perceptive film that I just loved watching, and will surely love to watch again years from now. It’s revisiting power is long-lasting and will be worth it.
​

Want a film that does what it says on the tin? Look no further, because you will never forget this. Christopher Plummer plays Dementia-suffering, revenge-seeking, toilet-bag-wielding Zev in this tear-jerking film about an old man’s search for the Nazi officer who killed his family. Plummer plays his role blindingly well, never outwardly expressing too much, letting his eyes tell a deeper story. The confusion and constant effort required to understand the world around him plays so well in those misty blues, as does the range of emotions he expresses through them whether that be mischevious fun, anger, sadness, nostalgia or at the end in the shocking final scene. Watch it with someone and don’t watch it right before bed, it will wake you up in the middle of the night.

Fancy more art-house than traumatic Nazi-drama? Then boy is this the film for you. Scarlett Johansson plays a mysterious woman, driving a white van in Glasgow, picking up lonely men (who don’t always know they’re in a film) and driving them to an old abandoned house. Why? You’ll have to watch it. Jonathan Glazer (Sexy Beast, Birth) directs this adaptation of Michael Faber’s sci-fi novel, eschewing exposition and explanation for dense, meaning-laden images that will have your eyes wide and your head working. The fancy term for this would be ‘semiotically-rich’ but that makes it sound so dry and boring and this isn’t. Each scene is not just a visual treat but some of the most terrifying cinema I’ve ever seen. It came at an interesting time too. Johansson was in Spike Jonze’s Her the same year, Lucy the year after and Ghost In The Shell a few after that: all films that have a specific body politics about them. It seems like a conscious decision to shed her sex symbol status in these roles that challenge the very idea of bodies and image in the first place. Watch the film that will be talked about for decades as a landmark of arthouse cinema.

Want something a bit more accessible? Not arthouse but not genre-typical? How about Jim Jarmusch’s celebration of mundanity, normal life, simple human connection, and the small habits that make up a normal life? Paterson is all of these things. In a world of serious films and serious events and serious politics, sometimes we all need to forget all that for a couple of hours and just remember that life can be entirely unremarkable too, and be all the more beautiful for it. Adam Driver plays Paterson, a bus driver in Paterson, NJ who writes poetry after the style of William Carlos Williams, who wrote a book called Paterson once, about Paterson the town. He lives with his (hilarious) dog, and radiant partner Laura, played by Golshifteh Farahani. Over the course of the week we see their lives and get to know them, and the people they interact with. Typical to Jarmusch, these interactions never quite go the way you expect them to. Dialogue comes in from left-field and people veer in and out of their lives in unexpected ways, but Paterson’s poetry focuses on the small details of a normal life, extrapolating their beauty and normalcy as complimentary qualities that we can’t help but share too. A cheerful and peaceful film full of simple love and simple drama.

“Have you ever fired your gun up in the air and gone ‘Ah’? - Nick Frost, Hot Fuzz (2007).
What was once seen as just another macho, brainless action-fest has been re-evaluated since it’s release (or at least, I’m telling you it has) and is widely regarded as a pulpy, unsubtle statement about: American politics, 80s action films, machismo, objectification and brainlessness. Hiding behind Keanu Reeves hard-core cop Johnny Utah, and lurking in the shadows of Patrick Swayze’s surfer bro-dude Bodhi is a homerotic, philosophical, deliberately-pulpy bonafide dramatically effective action film about men who at their heart are philosophical, and use action to communicate it. It’s absurd, it’s macho exterior might put you off, but look at its differences to other standard action flicks and it might just win you over.