Gary Oldman Dug up Churchill's Corpse to Win An Oscar 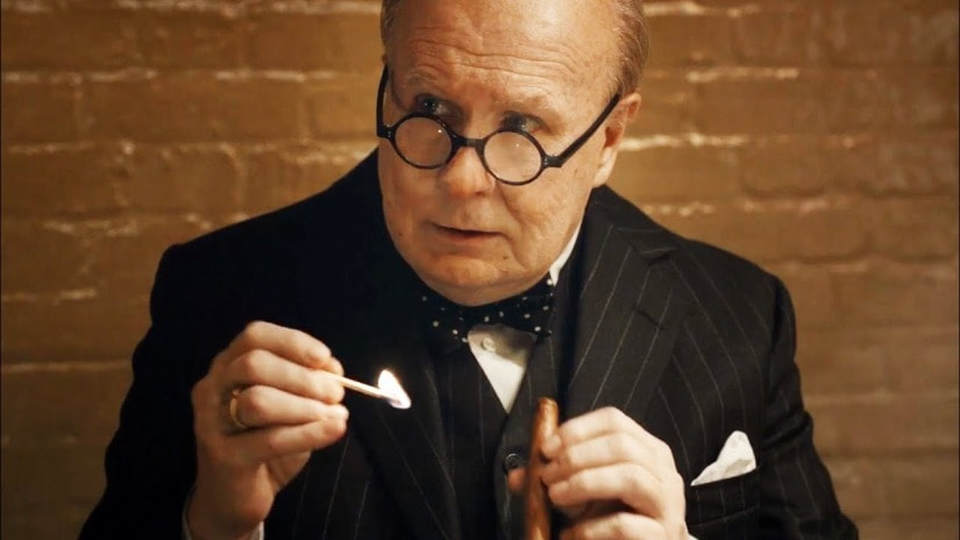 It's official, Gary Oldman has won an Academy Award for Best Actor, for his portrayal of Winston Churchill in the film Darkest Hour...but what did he do to get it?

Oldman is one of a long line of British thespians to win the coveted award. Past winners include Daniel Method-Lewis and Anthony Cannibal Hopkins, so as we can see, the field is rife with talent. These actors come under much scrutiny for their dedication and complete devotion to the characters they play. Anthony Hopkins, for instance, reads his scripts hundreds of times before filming, and once famously had Jodie Foster over for dinner where he fed her his own lung, so that they could really get into the role. Daniel Day-Lewis is renowned for the work he puts in prior to his performances, but did you know, for instance, that he once ran for US President and won, serving 2 full terms because he wanted to understand Abraham Lincoln more? He was widely criticised for this move, partly because he wasn't American and was dismantling centuries of democracy by winning, but mostly because people thought he was being pretentious.

​So under all this scrutiny how can actors still get away with things like this? Evidently, Hollywood hasn't learned its lessons. I expect over the coming weeks for many stories to surface about the lengths to which Gary Oldman went to secure his Oscar win. Suspiciously missing from the awards ceremony was famed director Agnes Varda, and there is mounting evidence to suggest that Oldman has "Done a Tonya" as it were, to put her out of the running. Quite what he expected her to be in competition with him with, is unknown, since she can't actually be nominated or win an award for Best Actor. Regardless, this is just the tip of the iceberg.

​More accounts are surfacing that Oldman started eating entire boxes of cigars, in order to develop the requisite chance of contracting lung cancer. Additionally, he underwent surgical ageing, and reverse-liposuction to fully embody the British Prime Minister. These are just surface changes, superficial, but they're representative of a wider problem.

​We have come into possession of a highly sensitive document implying that Gary Oldman actually dug up the corpse of Winston Churchill, and talked to him for around 3 weeks at home, before delicately laying him back to rest at St Martin's church in Bladon, where he was interred. Morals of this aside, its just a bit icky, and one wonders if he washed his hands before having dinner after his conversations, or if he and his wife were good hosts to the old PM. The idea offends me, quite frankly.

This disturbing trend of method actors going overboard is endemic to Hollywood these days, and something needs to be done. Whatever would Churchill think of this man? Whatever you, dear reader, think, you have to admit that Oldman deserves the award, if only because his wife had to put up with the smell of that corpse for so long.

by Jack Buchanan
Powered by