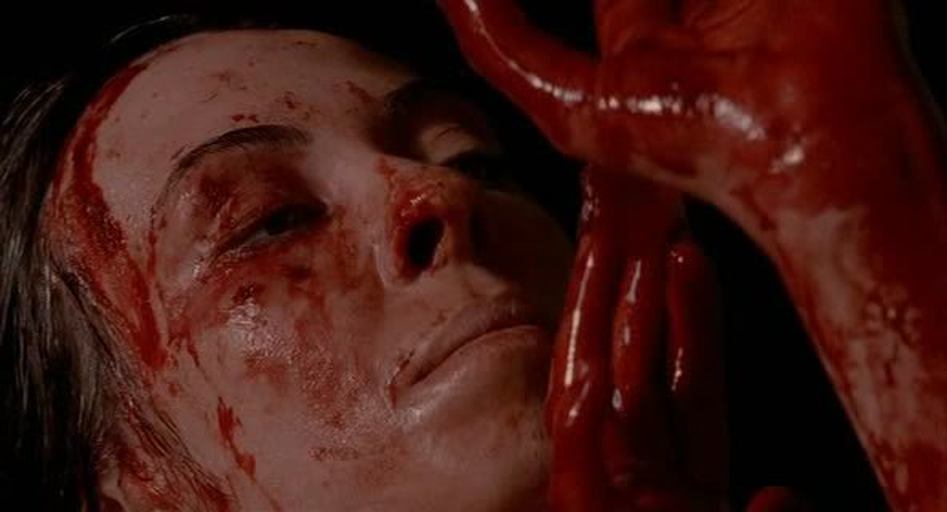 As a devoted fan of horror films, I am constantly in search of new material which is able to offer a more compelling kind of thrill than soulless jump-scares. The most fascinating capabilities of horror genre are its therapeutic and cathartic qualities, its power of both individual but also collective psychoanalysis. As such, New French Extremity understandably became a movement that struck my attention. This article will provide a short introduction for further analysis of its signature films. Were you shocked and disgusted by The Human Centipede? Think of that taken to the extreme in a European style!

The phrase New French Extremity or New French Extremism was coined by James Quandt for the art magazine Artforum. The critic developed the phrase as a pejorative in order to describe a unique group of transgressive films that appeared in French theatres in the beginning of 1990’s. Quandt (2004) described them as:

“Cinema suddenly determined to break every taboo, to wade in rivers of viscera and spumes of sperm, to fill each frame with flesh, nubile or gnarled, and subject it to all manner of penetration, mutilation, and defilement.”
Indeed, the work of directors creating in the spirit of New French Extremism is considered dark and taboo, often featuring graphic visual representations of incest, cannibalism, and rape. Despite this, the films are not always classed as horrors: One of the most famous films of New French Extremity is Intimacy (2001) directed by Patrice Chéreau which is an arguably poetic exploration of bodies during intercourse. Nevertheless, critics that excessively focus on the vivid depictions of sex and violence in New French Extremity often omit the historical factors that influence its directors.

In order to understand the deeply disturbing films that I am going to analyse in the next instalments of my weekly column, it is necessary to briefly examine the diverse contexts in which their films have emerged.

The origins of New French Extremity lie in the country’s cinematic and national history. Therefore, it is important to take into consideration the historical, social, political, and cultural conditions in which the movement has arisen while keeping in mind the heritage of the French New Wave movement.

There is ongoing academic debate on the formal classification of this cinematic tendency, however, it seems to be meeting Bordwell and Thomspon’s criteria that define a movement. According to the researchers a film movement ‘consists of two elements: films that are produced within a particular period and/or nation and that share significant traits of style and form; and filmmakers who operate within a common production structure and who share certain assumptions about filmmaking’ (Nicodemo, 2013: 7).

New French Extremity restores French history as collective memory by using inductive images and unsettling styles that disturb and upset the spectator. It is the country’s way of dealing with past traumas and present shared feelings of uncertainty and lack of security. In my following analysis of the movement-defining films, I am going to draw on their implications to crucial moments in the formation of French national identity. These include events such as the May ’68 protests and strikes, Vichy collaboration with the Nazis, nation-wide riots in 2005 that involved discontent youth of North African heritage, as well as  recent tensions revolving around race and equality that overtook the soul of the French nation under Nicolas Sarkozy’s presidency.

Interestingly, it is easy to find these cinematic parallels in other film movements, including Dogma 95, German Expressionism, and French New Wave that were born from social  anxieties and Freudian ‘repressed demons’ that haunted the shared national consciousness. As well as its cathartic qualities, all these cinematic tendencies share another feature: a desire to break free from old order and establish new rules through total rebellion.

Simultaneously, exploring cinema’s tactility and physical effects on spectators is useful while examining the films of New French Extremism and its controversial approach to human’s body. Therefore, they can be considered as a “cinema of the body”. Following Deleuze:

“Give me a body then”: this is the formula of philosophical reversal. The body is no longer the obstacle that separates thought from itself, that which it has to overcome to reach thinking. (…) It is through the body (and no longer through the intermediary of the body) that cinema forms its alliance with the spirit’. (1989:182)

Deleuze’s account is important as it regards the ability of “body films” to diagnose the unspeakable violence and dehumanisation of civilisations. He describes their directors by the Nietzschean name ‘physicians of civilisation’ (Pisters, 2003: 81).

The above short introduction to the movement will be followed in the next weeks by extensive analysis of its signature films.

In Next Week's Episode

1.In My Skin (French: Dans ma peau) is a 2002 psychological horror directed by Marina de Van. It tells the story of Esther (portrayed by Marina de Van herself) an attractive young woman with an impressive career and satisfying relationship. Nevertheless, Esther’s prosperous life is transformed by a minor accident at a party when she cuts her leg. As the narrative evolves, she begins to become obsessed with this wound, investigating it, drilling deeper and eventually mutilating her body.

2. Martyrs is a 2008 French psychological horror drama film written and directed by Pascal Laugie. It is probably the best known film of New French Extremism. Certainly one of the most disturbing films ever created, it is a bloody tale about a girl who is kidnapped by a sinister group and is subject to the most depraved kinds of tortures.

3. Frontier(s) ( French: Frontière(s) is a 2007 horror film written and directed by Xavier Gens. The film follows the dramatic and violent adventures of a gang of young thieves who escape Paris during riots sparked by a political election. Unfortunately, they find themselves in a hostel ran by neo-Nazi cannibals.

This article serves as an introductory taster-menu of films made in the spirit of New French Extremity. Get ready for the most unique kind of thrill!